A set of silverpoint studies used as models in painters studios, by the Master of Ambrass.

The Master of Ambrass was a Bohemian painter active probably in Prague at the end of the fourteenth century. He was the creator of the Wiener Musterbuch, a set of silverpoint studies and subjects all dated to the same period, which were used as models in painters’ studios. 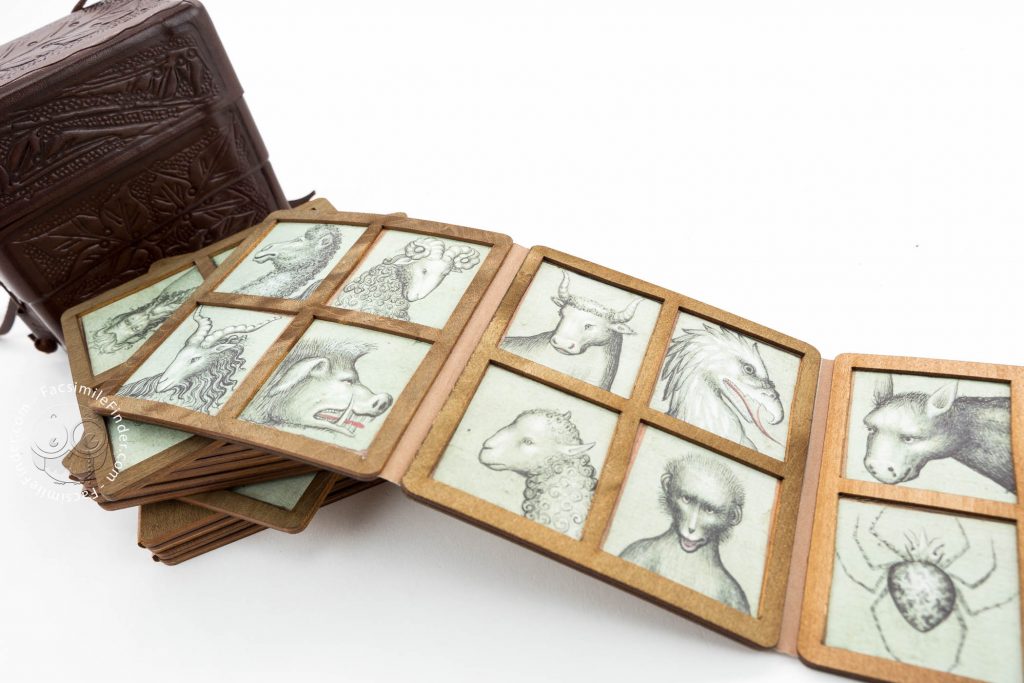 In case you missed it: check out the beautiful gallery of the Wiener Musterbuch and find out all the facsimile editions available on Facsimile Finder!

Among the subjects are bust-length images of Christ, the Virgin, various saints, the Crucifixion, and the Annunciation. The pictures are collected in groups of four, affixed to fourteen small framed panels. Three independent designs also exist, depicting a philosopher and astronomer, a sybil and John the Evangelist, and the Three Magi; these, too, were probably part of the set. Such is the realism of the designs that it is believed the Master had contact with an artist of the Franco-Flemish school.