The Vysehrad Codex is a Latin coronation Gospel Book, considered the most critical and valuable manuscript kept in Bohemia. It is a unique testimony of the Romanesque time and the oldest document related to the Czech environment.

The Vyšehrad Codex is the only documentation concerning the coronation of the first Czech king: Vratislav I, former Prince Vratislav II.
Before this date, the Czech State was nearly a kingdom.
The Přemyslid prince Vratislav II (1061–92) acquired from the Holy Roman emperor Henry IV the title of king of Bohemia as a personal (i.e., nonhereditary) privilege, and Prince Vladislav II (1140–73) was awarded the royal crown on the same basis by Emperor Frederick I Barbossa. Since the title couldn’t be transmitted, Bohemia remained a Duchy until 1212, when it became a hereditary empire thanks to the Holy Roman Emperor Frederick II.

Vratislav II: the Complex Man Behind the Crown

Vratislav spent long years in exile before ascending to the throne in 1085. These solitary years probably stiffened his personality. He was well-known for the dual nature of his character: extremely cautious but overly hard at the same time. History notes his numerous altercations with his brother Jaromír, who became the Bishop of Prague in 1068.
However, he stood out for his astute use of diplomacy, not only in politics but also in private life.
After the death of his first wife, he married the daughter of the Hungarian Emperor, when she in her turn died, he married the daughter of the Polish prince.

The Coronation Code of the First King of the Czech Republic

The Core of a Precious Triptych

The Codex Vyšehradensis is closely connected with Vrastislav’s name and coronation, as a matter of fact, it also goes by the name Coronation Code. This fascinating codex, however, does not stand alone. It is strictly linked to three other existing manuscripts created in the same workshop,  two of which are now in Poland and one in the Prague Chapter Library. Presumably, Vratislav sent them as gifts when his daughter married in Poland. 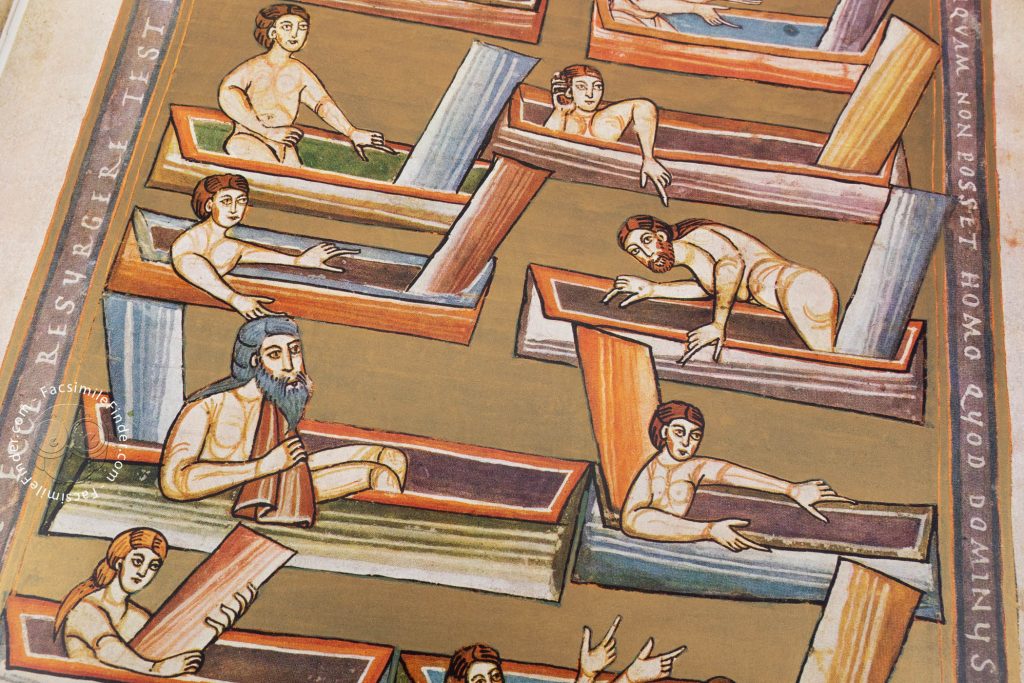 Supposing this is the case, they were most likely produced before the middle-eighties of the 11th century. According to recent researches, they were seemingly written in the environment of a Bavarian monastery school with motifs of Regensburg School of Art. The place of origin was probably the Regensburg scriptorium Emmerames. Many experts showed interest in studying these manuscripts, but it was Lehner who first connected the Codex with Vratislav’s coronation. Even though the circumstances of the origins are still not entirely clear, one thing is for sure: the same group of illuminators produced all the manuscripts. In all probability, they were following an explicit order placed by the Premyslide Prince Vratislav.

In its very existence, this manuscript forms part to the cultural history of the Czech territory. Thanks to the high standard of its literary and artistic conception it ranges among the most supreme expressions of the Romanesque period in Europe.

The Coronation Gospels of King Vratislaus stands out not only due to its essential purpose but also for the number of illuminations and unique style. In addition to that, its valuableness is secured by the presence of themes which are extremely rare to find elsewhere, such as Christ’s genealogy.

A detail from the Codex

A miniature from the Codex

Holy Women at the Sepulchre-f. 43v

It consists of 108 parchment sheets, 26 of which accommodate illuminations. The first pages contain plenty of pictures of the Evangelists, further on we find Christ’s Genealogy and other illustrations inspired by the Old Testament.
There are plenty of scenes depicting Christ’s life which either take up the whole page or fill two or three stripes.
Many initials decorate the manuscript through golden vegetable motifs. Wooden boards covered in leather and fragments of the original remaining linen compose the binding of this historic manuscript. The center of the back cover carries a superb piece of Romanesque embroidery representing “Christ in a Mandorla.”

One of the most captivating painting is that of the Nativity. At the center of the picture takes its place the Crib with Christ Blessing, on the right, we can appreciate a scene of the “Announcement to the Shepherds” while on the left, we have the character of St. Joseph.

Above, angels are pointing downwards with their heads and approaching the terrestrial scene in a circular arrangement. In all of the corners of the golden frame, four angels carry a mandorla with Christ seated on a rainbow. Symbols of the Evangelists accompany the mandorla.

We have to admit our great ignorance and give the right credit to Sumptibus Pragopress, thanks to which this Czech national treasure first came to our attention. Now that we have fully understood its importance, we want to share this exciting discovery with you!