This article is published in partnership with Alumina - Pagine Miniate.

Decorated with thirty beautiful miniatures attributed to the Florentine artist Benozzo Gozzoli, the Harley Codex 1340 (Vaticinia de summis pontificibus or Vaticinia Pontificum) is an example of the vast body of painting that, safely guarded in the pages of ancient illuminated manuscripts, are often unknown to the general public and are usually reserved for experts alone. By the early 1430s, when a particularly luxurious copy of this work was requested in Florence, this series of prophecies whose fate was so intertwined with that of the Church and the papacy had already proven quite successful and several more or less refined versions of the manuscripts were already circulating throughout Italy and abroad. 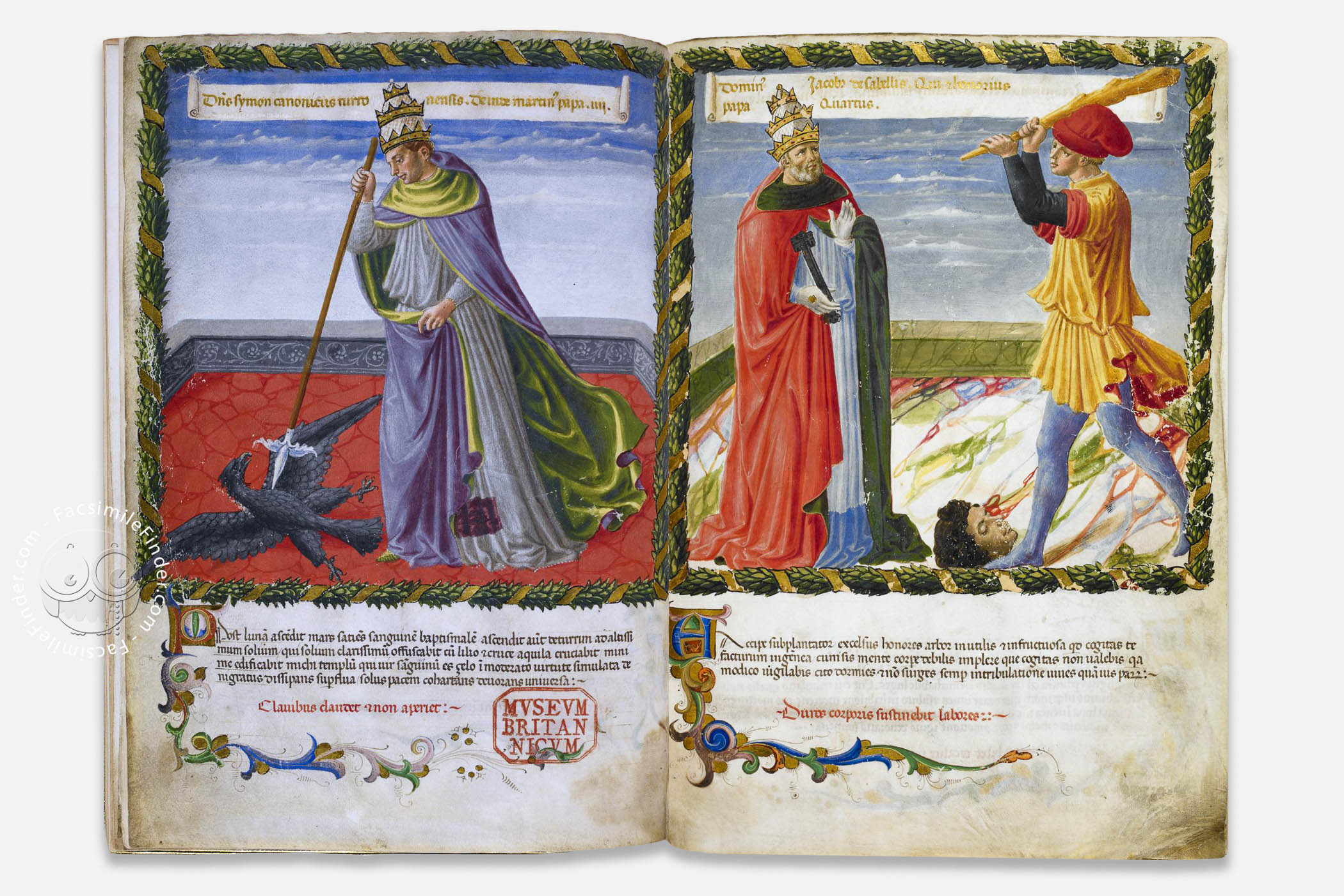 In case you missed it, read about the Vaticinia Pontificum (MS Harley 1340) and its facsimile edition.

MS Harley 1340: between fact and fiction

Success had smiled upon the Vaticinia, which is generally considered one of the most enduring works of propaganda connected to the Papacy, and, in an age deeply imbued with long-standing apocalyptic and eschatological states of mind, was usually the primary reference for any pamphlet of this kind. The libellous includes a sequence of thirty prophecies.

Some are concise, some more extensive but each one has the task of describing the personality of a pontiff, privileging the use of highly metaphorical language and obscure means of expressions.

The gallery of the thirty pontiffs evoked in these prophecies and presented in full-page miniatures includes many real historical figures, leaving room at the end for a few completely imaginary.

Portraits of benevolent pontiffs (ten in the oldest versions of the work, eight or nine in more recent copies), whose coming are simply prophesied.

To this end, the texts, which are meant to underscore the work’s visionary spirit, are written in the future tense even when the discourse concerns figures from the past. But in this case, the reader is actually faced with what is known as post eventum prophecies, in which little is actually undefined or sibylline.

Order your subscription to Alumina today!